The year is about to end and it has been a busy one for social media giants such as Twitter, Facebook, Instagram and WhatsApp. From crypto to the Olympics and Squid Games to Adele’s album, there was plenty for social media users to keep themselves busy on the platforms.

In fact, the latest figures by Statista show that there were 3.78 billion social media users worldwide in 2021 — a five percent increase from a year ago. It is also 920 million more than the number of social users in 2017, which represents a whopping 32.2 percent jump in under five years.

With their increasing user base, social media platforms are striving to make social media a safe and better place —and there’s always something new coming up in the social media space. Here we explore all the important features released by Facebook, WhatsApp, Instagram and Twitter in 2021.

All features rolled out by Twitter in 2021. (File Image)

Prompts:  The new ‘prompts’ feature warns users about the possibility of getting involved in a conversation that could get heated. This will allow users to stay clear of some conversations on the social media platform. However, it is not clear what criteria will be used by Twitter to determine the ‘vibe’ of a conversation.

No more Autocrop: Twitter announced that it will offer full-sized images on its platform. The update will get rid of the auto-cropping algorithm on its Android and iOS apps, which will allow users to view images in their entirety, on their timeline. Now when you post images; you will see an accurate preview of the same, without any formatting.

Misinformation label: The company rolled out redesigned misinformation labels to help people easily know when a Tweet’s content is potentially misleading. These labels appear with colour-coded backgrounds, making them much more visible in the feed while giving people a way to quickly parse the information from visual cues. It should be noted that Twitter only labels three types of misinformation: “manipulated media,” such as videos and audio that have been deceptively altered in ways that could cause real-world harm; election and voting-related misinformation and false or misleading tweets related to Covid-19.

Improving media: Twitter upgraded the quality of photos and videos posted, and began testing edge to edge Tweets so your photos, GIFs, and videos can have more room to shine. The social media giant said in a post that the new features will improve how users share and view media on the platform as one can convey better with pictures or videos. Twitter has revealed that users will soon be able to upload and view 4K images.

Choose who follow you:  This year, Twitter rolled out a feature to help you curate your own follower list. Users can now remove a follower without blocking them. The company is calling this action a “soft block.”

Safety mode: This is a feature to better protect the individual on the receiving end of Tweets by reducing the prevalence and visibility of harmful remarks. Safety Mode temporarily auto-block accounts that respond to your Tweets with potentially harmful language — such as insults or hateful remarks — or those that send repetitive and uninvited replies or mentions.

Tips: This feature enables users including creators and journalists to monetise their tweets in the form of tips. Creators will share links to their Bandcamp, Cash App, Patreon, Paypal, and Venmo accounts and in turn, will be able to receive tips from their followers. In September, Twitter also added alternative payment services to Tips – and allowed people to pay each other through Bitcoin using Strike, a payments application built on the Bitcoin Lightning Network, so people can send and receive Bitcoin Tips free and instantly.

Ticketed spaces: This is another way to support creators on Twitter for their time and effort in hosting, speaking, and moderating live audio conversations. Creators can earn a share of revenue from tickets purchased by audiences to attend exclusive Spaces, whether it’s a workshop, meet-and-greet with their most loyal fans or even a concert. Spaces is the live audio chat option on Twitter, which has rolled out to all users with more than 600 followers on the platform.

Superfollows: This new feature gives creators the opportunity to earn monthly revenue by sharing Tweets meant only for paying subscribers. With Super Follows, people can create an extra level of conversation on Twitter and interact authentically with their most engaged followers — all while earning money — through a monthly subscription.

Twitter Blue: It is a subscription-based service that gives users access to exclusive features and perks that will take their experience on Twitter to the next level. This subscription offering is meant to add enhanced and complementary features to the already existing Twitter experience for those who want it. Some of the perks include Ad-free Articles, Top Articles, Bookmark Folders, Undo Tweet, and Reader Mode.

Communities: When you join a Community, you can tweet directly to that group instead of all your followers. Only members in the same Community are able to reply and join a conversation, and Communities are managed by moderators

Expanding safety policy: In an effort to make its anti-harassment policies more robust, Twitter has updated its private information policy to disallow users from posting photos and videos of private people without their permission. 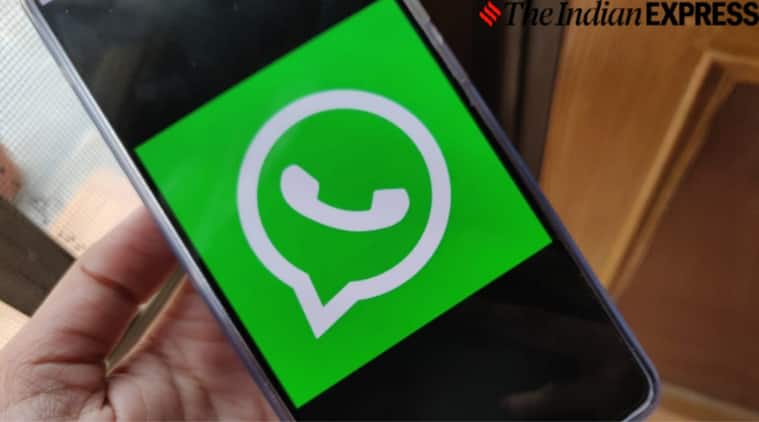 All the features released by WhatsApp in 2021. (Express Photo)

WhatsApp chatbot: In 2021, WhatsApp’s role matured as central and state administrations used the WhatsApp Business platform to stay connected with citizens to drive vaccinations across the country as well as offer more efficient governance and citizen-engagement.

Multidevice support: The multi-device feature gives you early access to try a new version of WhatsApp for Web, Desktop, and Portal. The feature will let WhatsApp beta users have been able to link up to four devices to their account, which can include browsers and other devices, but not another phone. The feature allows users to use WhatsApp on these linked devices even when the main phone doesn’t have an active internet connection.

Video, Audio calling to web users: WhatsApp has started rolling out the video and voice call feature for more desktop users, though the option is still in beta and not everyone will see it immediately.

Transfer chats from iOS to Android: WhatsApp has introduced the ability to transfer old chats from iPhone to Android and vice versa. Users can transfer chats without any hassle using a lighting cable or USB Type-C port. The feature is only available on selected phones but WhatsApp will soon make Android to iPhone possible in all phones.

Flagging and reporting: WhatsApp launched features like Message level reporting where users can report accounts by flagging a specific message, Touch ID and Face ID for iPhone, and Fingerprint lock for Android and encrypted backup, offering additional layers of security for users. 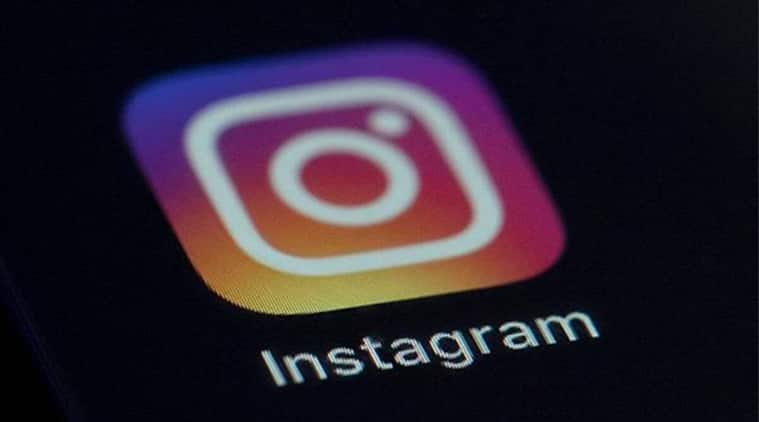 Check out the latest feature Instagram has been testing. (Image Source: AP)

Professional dashboard: Instagram kicked off 2021 to a great start announcing – a Professional Dashboard, available to all Business and Creator Accounts on Instagram.

‘Recently Deleted’: Instagram added a Recently Deleted feature to help users get their deleted photos and videos back. This will also serve as a protection from hackers that sometimes delete content when they access an account.

Live Rooms: Instagram announced Live Rooms, which gives creators the ability to add up to four people to a live broadcast. Previously, only one user could join the other on Instagram Live.

Remix option to reels: In early April, Instagram released a new feature for their popular reels- remix – users can now use an original clip and add their reaction to it on the side or be creative with their ideas.

Instagram addresses racial bias: The platform said it will be implementing new measures to combat online abuse against football players. The move comes after a number of players from the Premier League faced racist attacks on the platform. Instagram has said that accounts, which indulged in the practice would be removed permanently instead of being simply suspended.

Colab: The new ‘Collab’ feature on the platform allows users to collaborate with each other while sharing new feed posts and reels. With Instagram Collab, users can invite other people/accounts to “show up as a collaborator” on new posts and reels.

Text translation in stories: The new update will automatically translate text in Stories. The popular video and photo-sharing app already offers the feature to translate text in posts and captions. This will make it easier for users to share Stories with international audiences as well.

Test ads in reels: Instagram rolled out a new feature to display full-screen ads and those will be vertical, similar to ads in Stories. One will notice ads in between individual Reels.

Limits: This feature allows users to limit or hide comments and messages coming from users who are not on their followers’ list or who have become a follower in the recent past.

Swipe-up links for stickers: Instagram replaced the swipe up option with stickers. This feature allows users to add links to their Instagram stories.

Take a break: Instagram enables users to see pop-up messages when they have spent a lot of time looking at a particular topic, suggesting they explore other subjects. Users also can decide to be nudged to take a break after they have spent 10, 20 or 30 consecutive minutes on the app. Facebook Pages redesign: Facebook rolled out a new Page experience for users in India, that will make it easier for public figures and creators to build community and achieve their business objectives

Stars on Live: During Star-enabled live streams people will see an option to buy Stars and send them to their favorite creators to boost their visibility and add to their earnings.

Expanding Facebook ads: Facebook is allowing creators to place ads in their live videos on their own. Before March, this option was available for invite-only. Now you have more options for your ad preferences and reaching the very best audience network.

Live Audio Rooms: The social media giant rolled out Live Audio Rooms as well as Podcasts. However, the service is currently only available for those who are based in the US and have an iOS device. In addition to this, Facebook is only allowing public figures and select Facebook Groups to create Live Audio Rooms.

Facebook’s new ad policy: The new enforcement will require that anyone running ads on social issues will need to be authorised in order to do so. Moreover, these ads will need to include disclaimers with the name of the person or organisation running these ads. The new rules will be applicable on ads around nine social issues topics. These are listed as environmental politics, crime, economy, health, political values and governance, civil and social rights, immigration, education, and finally security & foreign policy.

Live steaming game platform: Facebook is keen to turn its social media app into a live game streaming platform, a new approach that will not only bring new users but also helps create the biggest gaming community on the planet.

Live chat: Meta has also announced a live chat feature for users that are locked out of their Facebook accounts. The update is currently in its testing phase and is currently only available in the United States.

With Product You Purchase 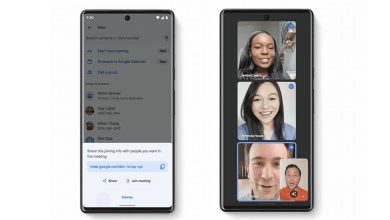 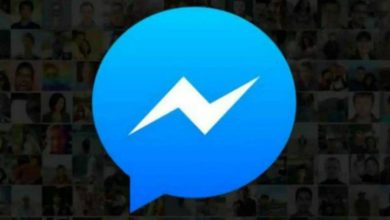 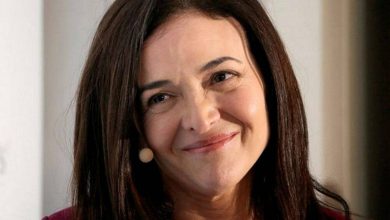 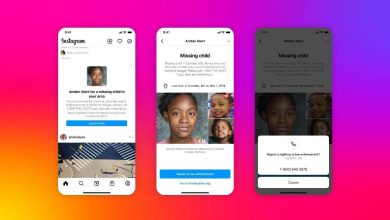